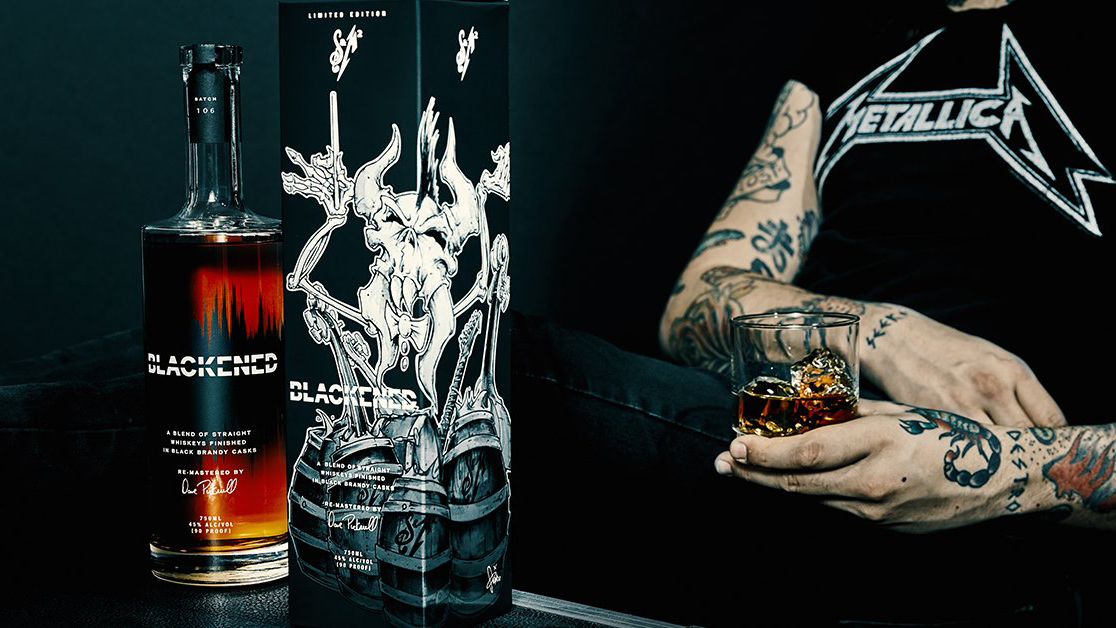 Metallica is celebrating the release of their latest collaborative album by launching a limited edition batch of their Blackened Whiskey, S&M2 Batch 106. At the end of August, the heavy metal band dropped their second live album featuring a collaboration with the San Francisco Symphony, also titled S&M2.

The Whiskey itself is a blend of various Bourbons and Ryes that were finished in black brandy casks. It comes in a black box featuring artwork from long-time Metalica collaborator Squindo.

“The S&M2 performances were a challenge for us,” said Metallica’s lead guitarist Kirk Hammett. “The first S&M shows in 1999 were such a pivotal part of Metallica’s evolution. We knew we had to mark their 20th anniversary on an even bigger scale, but without sacrificing any of the intimacy of those shows. The reaction has been incredible, to the shows and the album, and we’re thrilled to be able to bring those same S&M2 vibes to BLACKENED.”

“I was actually at the arena for both nights of the S&M2 concert,” added Rob Dietrich, master distiller and blender for the whiskey. “The insane energy that exuded from both the fans and performers is unforgettable. It’s amazing to bring that spirit and passion to BLACKENED.”

Coming in at 45% ABV, Blackened S&M2 Batch 106 Limited Edition from Metallica is currently on sale for $49.99 per 750ml bottle and can currently be purchased via Caskers. For those interested in hearing the music that went into the making of the Whiskey, and possibly sipping along with the album, check out the playlist below: