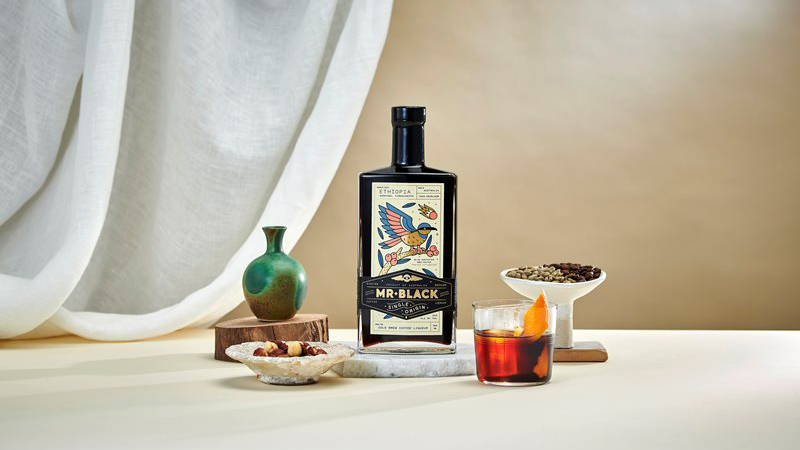 Single Origin Ethiopia offers flavours of’ candied citrus, blood orange, red fruit, and bergamot, according to the brand. And apparently, due to east-African coffee being grown at high-altitudes, it results in a product that is ‘”ruit-forward and high in acid.”

The packaging is influenced by where the coffee comes from, Hafursa, Ethiopia, where it’s known as the ‘King of coffees’. The blue-breasted Bee Eater bird at its centre is a bird native to Ethiopia that lives in the coffee-growing vicinity.

Mr Black is working with Project Origin, reports Imbibe, a charity which supports coffee farms and makes sure that the money goes back into local communities to fund schools and day-care centres, as well as build fences and toilet blocks.

“It’s extremely important that the industry supports coffee farms, which is why we are very proud to offer the UK a new Single Origin that ensures a better standard of living for the farmers in Ethiopia,” said Tom Baker, co-founder of Mr Black. “By purchasing our coffee through Project Origin, we can ensure that money goes back into the local communities or farms.”

Mr Black Single Origin Ethiopia is said to be best enjoyed on its own or on the rocks. It also works well in a variety of cocktails, such as a Cold Brew Old Fashioned. Coming in at 25% ABV, the coffee liqueur will be on sale for £35.99 ($46 USD) per 700ml bottle.