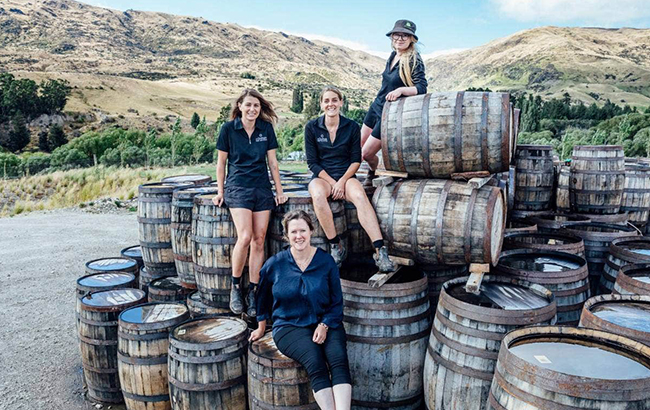 If you’re planning on opening a Whisky distillery in New Zealand, there’s a new set of rules you’ll need to consider.

The Distilled Spirits Aotearoa (DSA), which represents New Zealand’s community of Whisky makers, has issued a set of new definitions and guidelines for the category.

The DSA said the newly introduced rules were issued ‘with the intention they be moved into public record and progressed within New Zealand legislation to become formally recognised regulations’ adding that ‘(the rules) protect and define a premium category for New Zealand whisky’.

New Zealand single malt whisky is now defined as being made exclusively from 100% malted cereal grain, water and yeast. It must also be batch distilled in copper pot stills, and mashed, fermented, distilled, matured and bottled in New Zealand.

It must also be distilled in a single distillery. Only natural colouring can be used for consistency in the drink, while no additional enzymes can be added or used, and the liquid must be distilled a maximum of 94.8% ABV.

It must also be matured in wooden casks, maximum size of 700 litres, for a minimum of two years, and bottled at 40% ABV.

Furthermore, the age of the youngest whisky matured in cask must be clearly stated on the packaging.

To be labelled ‘New Zealand whisky’, including vatted/blended malt, blended whisky, and grain whisky, the vatted malt must only contain single malts from the country.

Meanwhile, a blended whisky must only contain malt whisky and grain whisky from New Zealand. While fermented sugar must come from the cereal grain, with enzymes allowed.

The DSA also said that whisky imported to and bottled in New Zealand cannot be labelled ‘New Zealand whisky’,

The DSA said smoke can be used in the production of whisky, along with flavour from casks such as wine, beer, and Sherry. However, the list of prohibitions includes commercially produced liquid malt extract for single malt whisky, ‘additional’ ingredients such as Sherry, wine, beer, honey, liquid smoke concentrate, sweeteners or spices, and wood chip. The DSA also prohibits the use of place names, geographical indicators, language or imagery on any product that does not follow the group’s guidelines for ‘New Zealand whisky’.

The DSA also outlines that spelling of ‘whiskey’ can be used interchangeably with ‘whisky’.