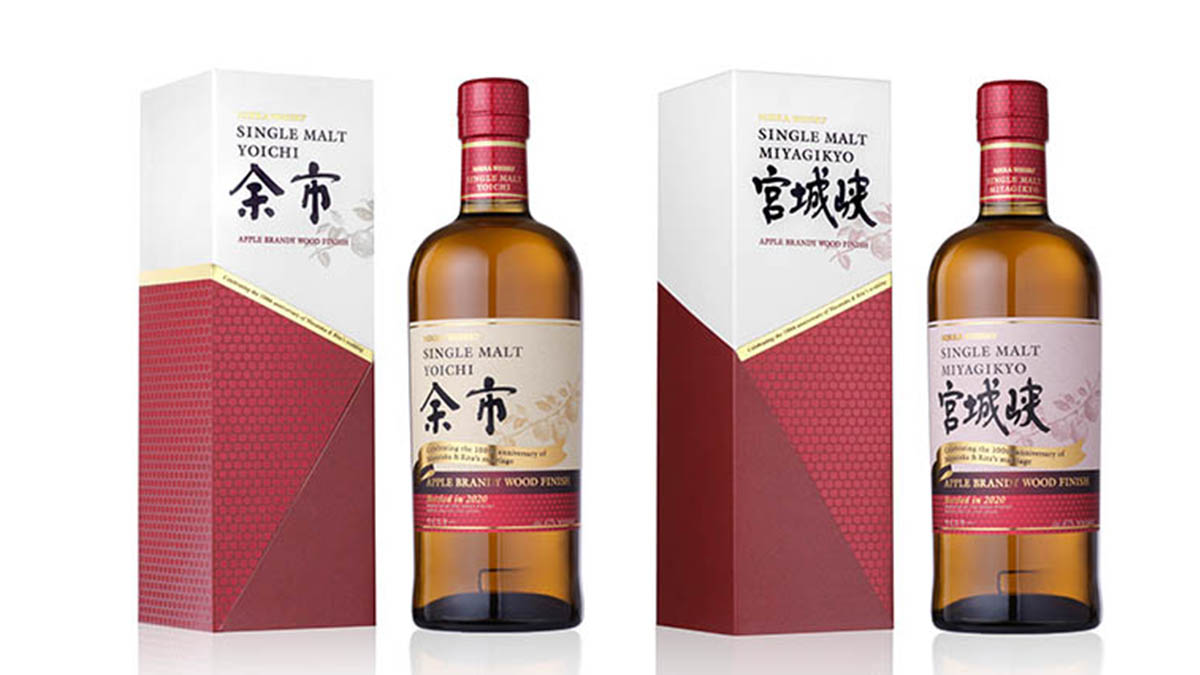 Both Whiskies spent six months in apple Brandy casks, which provides them with “rich and deep fruity characteristics.”

On the nose, Miyagikyo opens with notes of apple, vanilla, honey, sage and verbena. The palace is “creamy and lively with freshness” with hints of acacia honey.

Yoichi features a bouquet filled with oven roasted apples followed by peaty smoke. The plate is fruity with candied apple and pear weaving with a subtle peatiness.

The two new whiskies celebrate the 100th wedding anniversary of Takesturu and Cowan, who married in Glasgow, Scotland on January 8, 1920, after knowing each other for less than a year.

The couple moved to Japan several years after they married and eventually founded Nikka in 1934. The husband-and-wife team have since become known as the mother and father of Japanese whisky. The apple is an important symbol for Nikka as Masataka started a business making apple juice and jam from local Hokkaido apples while they waited for the site’s first Whiskies to mature.

Earlier this month, the Japanese Whisky brand released Nikka Days in the United States for the first time. The expression is made for “everyday drinking occasions.” According to the distillery’s tasting notes, drinkers can expect fresh, fruity aromas with white flowers, orange blossoms, pear, and citrus. The palate is light and smooth with flavors of cereal, malt, toffee, roasted nuts, and vanilla. The dry finish is filled with apricot, malt, vanilla, and elusive peat.