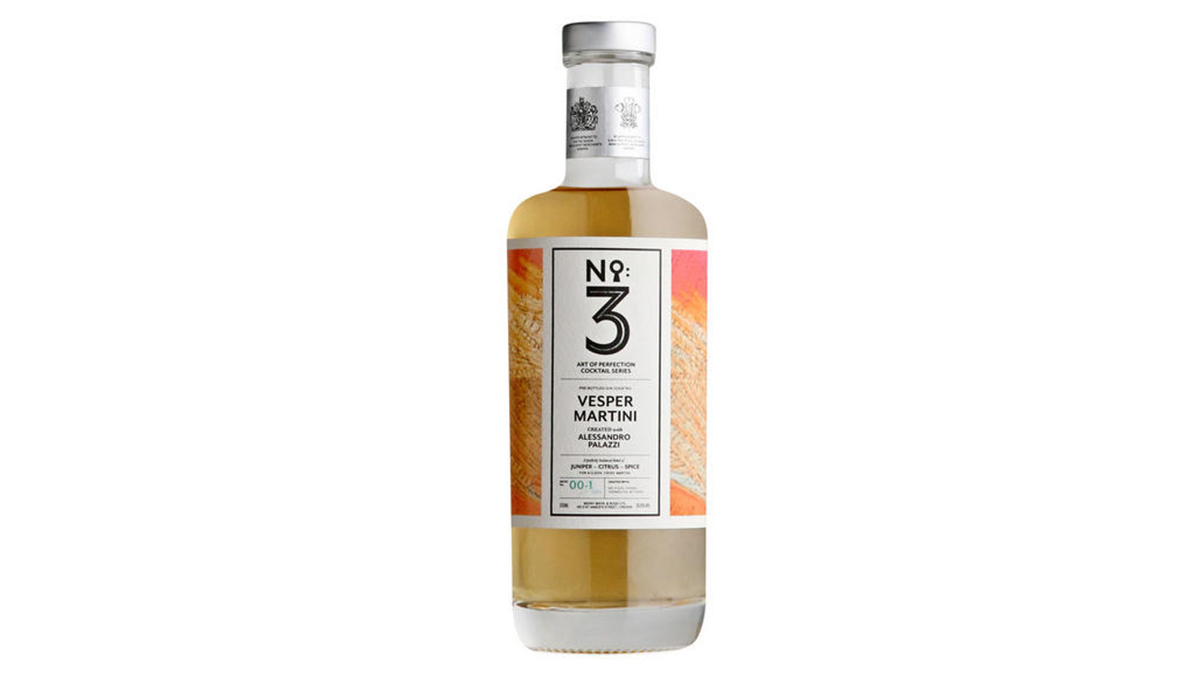 Berry Bros & Rudd and bartender Alessandro Palazzi have teamed up to create a ready-to-drink (RTD) bottled Vesper Martini using No3 Gin. The drink was previously released as a limited edition pre-bottled cocktail.

Made out of  No3 Gin, vodka and vermouth, the bottled vesper has now been released as a permanent RTD variant. Bottled at 28.6% ABV, it shows notes of sweet orange, bright citrus and fragrant juniper, finishing with a hint of spice. The label features artwork from the gin brand’s Art of Perfection campaign.

“The Vesper Martini is a homage to James Bond – to the first novel, Casino Royale, and to the beautiful spy, Vesper Lynd,” said Palazzi. “It is the most popular Martini at Dukes; my recreated version uses English vermouth and Polish vodka, a nod to both the writer and the agent, and most importantly No.3 Gin – a proper, honest, juniper-led gin, just as it should be.”

The No3 Vesper Martini bottled cocktail is recommended served chilled from the freezer after two to three hours, and then poured into a Martini glass and garnished with a twist of orange. A QR code on the bottle also provides drinkers with tips from Palazzi and No3 Gin brand ambassador Ross Bryant on how to mix a Vesper Martini at home.

The bottled cocktail is available online from BBR.com, Booths and John Lewis, as well as in 28 Booth stores and across all John Lewis stores. It is priced at £35 ($48 USD) per 500ml bottle.

That same month, Trader Joe’s got back on the bottled cocktails train. This time around, the grocery store chain’s first releases are a Ready To Drink Old Fashioned and a Ready To Drink Whiskey Sour.