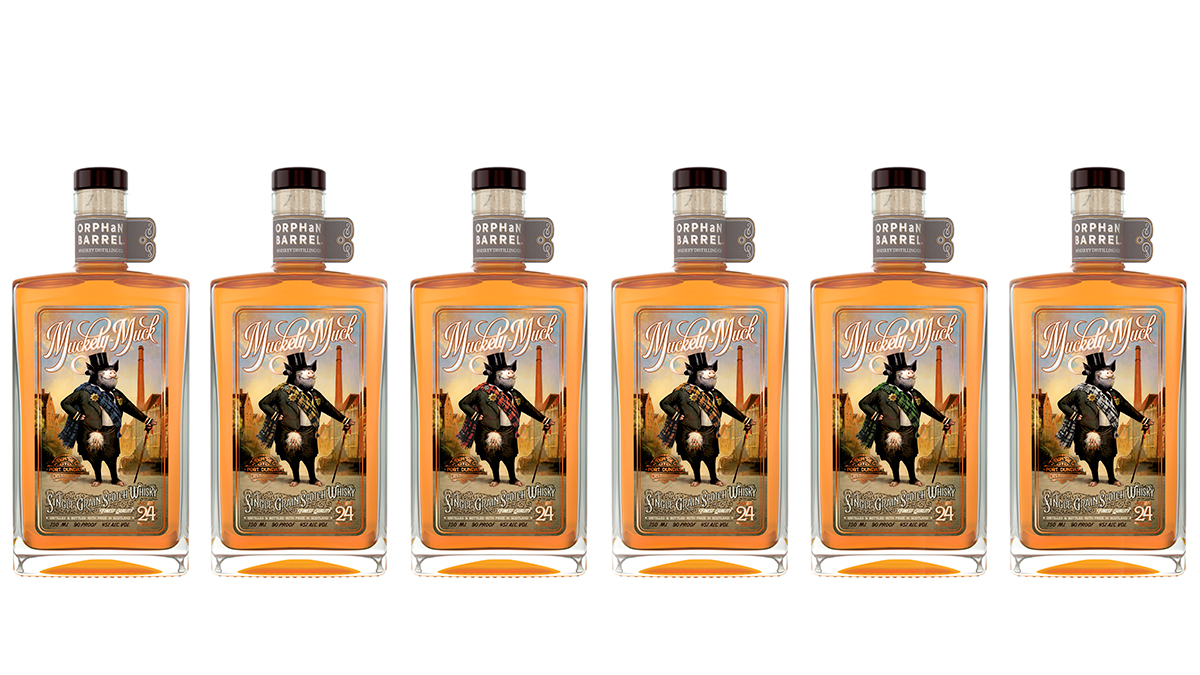 While the storied Port Dundas distillery closed its doors a decade ago, the distillery was once a prominent local landmark overlooking the city of Glasgow. Established in 1810, Port Dundas quickly became one of Scotland’s most respected distilleries with its sweet, smooth and decadent Single Grain Scotch Whisky.

Port Dundas was also home to a piggery during the distillery’s most successful years. Legend has it that hundreds of pigs fed on distillery draff, and the prized pig Muckety-Muck won over passersby with his decorated wall of medals in the breeding shed. Muckety-Muck 24 Year Old Single Grain Scotch Whisky from the Port Dundas Distillery is a tribute to this whimsical pig and Port Dundas’ prosperous period as Scotland’s largest distillery.

Six variations of the bottle label are available, each featuring Muckety-Muck boasting a Scottish tartan sash in either red, green, blue, gray, yellow or orange. This limited edition Whisky and caricature are a tribute to traditional Scottish culture and Port Dundas’ spirit animal: the pig.

Set beside the Forth and Clyde Canal on a hill overlooking the vibrant city of Glasgow, Port Dundas is known for its core expressions: Port Dundas 12 Year Old and Port Dundas 18 Year Old, which are still available.