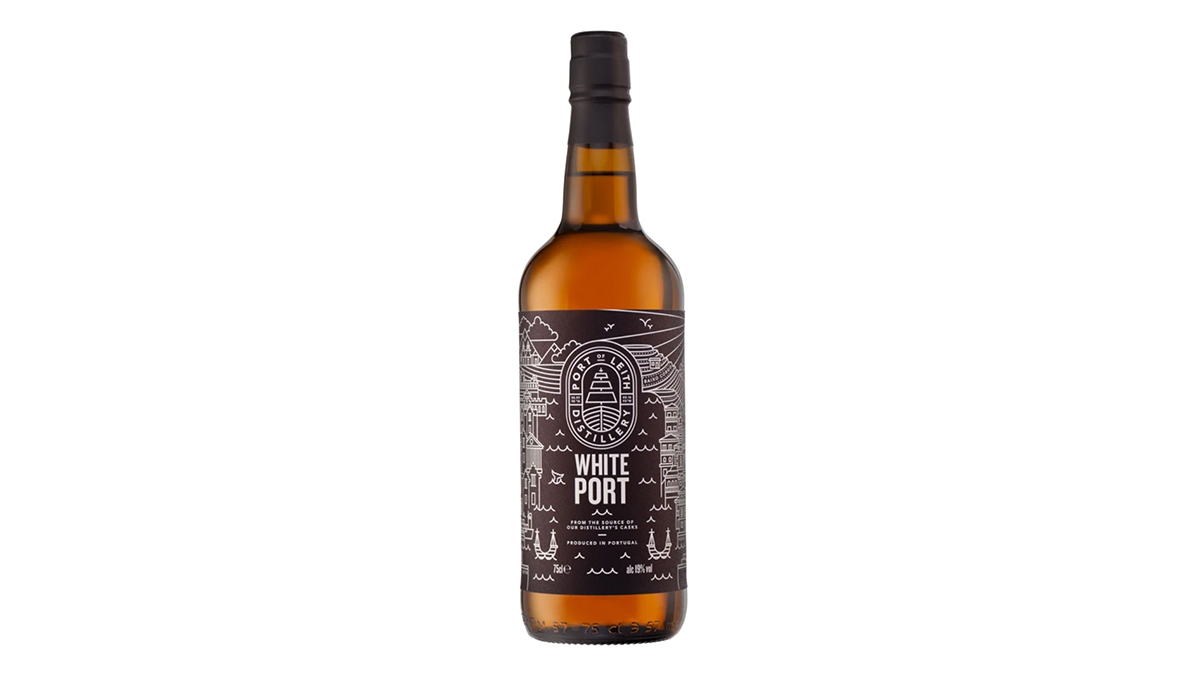 The Port of Leith Distillery has launched a new white port alongside its Portuguese partner Martha’s Wines. The fortified wine joins the Scottish brand’s lineup, which also contains gin, tawny Port, and sherry.

Bottled at 19% ABV, the new Port of Leith white port wine features Malvasia fina, Viosinho, Gouveio and Donzelinho grapes and is first fermented on its skins for a week before fortification with one part grape spirit to three parts wine. It is matured for an average of three years in 10,000 liter old oak barrels and the distillery will distribute the producers’ wines while working towards plans for new whisky products.

The barrels of wine were imported into Leith and decanted into locally manufactured bottles.

“We are aiming to educate consumers on the variety and strong appeal of port,” said Ian Stirling, co-founder of the Port of Leith Distillery. “White port is a beautiful drink, widely enjoyed overseas, and we are confident it will have the same impact here. It’s a delicious aperitif, perfectly accompanied with olives, cheese and charcuterie, a refreshing drink with tonic and wonderful base for a cocktail with the white port negroni one of our preferred serves.”

Port of Leith White Port is priced at £17 and can be purchased via the brand’s official website.

Construction of The Port of Leith Distillery in Edinburgh, Scotland began back in November. Building was originally set to begin in early 2020, but was delayed due to the pandemic. The forthcoming distillery was founded by Ian Stirling and Patrick Fletcher and is the first distillery set to be built in the city’s port district in over a century. After two years of delays, the new $16 million distillery is expected to open in 2022.

“We have always been passionate about whisky and it’s been a long-held dream for us to create an amazing, modern Scotch whisky distillery in our home city,” said Stirling. “It began 10 years ago as a mad idea over a dram when we were working together in London and it grew from there.”

Stirling added, “Our ambition is to create an outstanding new style of Scotch using a modern approach, based on years of research we have already undertaken – and building on the remarkable heritage of the historic whisky district of Leith.”