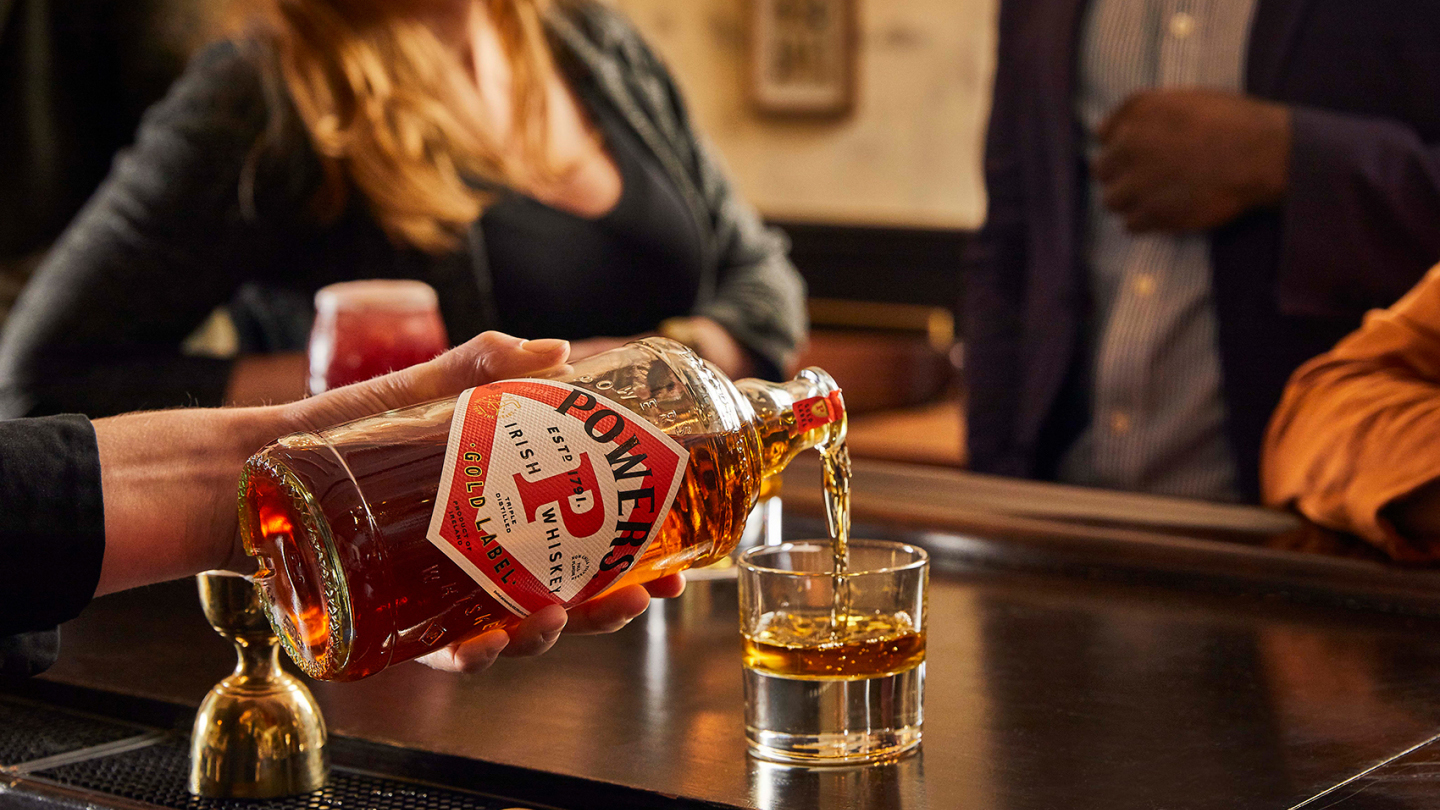 Known for its high quality and malty flavor profile, Powers Gold Label can trace its history back over 230 years. In fact, it holds the distinction of being the first Irish Whiskey to ever be bottled and remains the best-selling Whiskey in Eire.

Made from a blend of pot still and grain Whiskeys, Powers Gold Label is aged between 5 and 6 years in Bourbon casks. The signature pot still blend is triple distilled and received a new recipe in 2013, which brought it up to 43.2% ABV.

On the nose, aromas of cinnamon, clove oil, and white pepper weave with notes of russet apples, ripe pears, and charred oak. The palate finds more cinnamon and oak, along with honey, green peppers, bright orchard fruits, vanilla, and a hint of nutmeg. The finish is long, slowly fading to rich barley and toasted wood

Enjoyed best when served neat, it also makes a good base for a Whiskey Sour, Highball Fizz, or a delightful Irish coffee to finish off a fine evening.

The Powers distillery dates to 1791 when James Power, an innkeeper, opened a small distillery in his public house in Dublin. Reaching 160,000 gallons by 1827, the distillery continued to expand and in the 1880s, bought 6 acres in central Dublin, coined Johns Lane, employing 300 people and reaching an annual production of 900,000 gallons. In 1886, John Power & Son began bottling their own whiskey contrary to common practice of the time. The family-run firm came to be known with John Jameson, William Jameson, and George Roe as the Big Four.

Ownership of the distillery remained in the Power family until 1966, when John Powers & Son joined with others, including John Jameson & Son, to form Irish Distillers. Soon after, Irish Distillers built the New Middle Distillery in Midleton, opening in 1975, aside the Old Midleton Distillery. The John’s Lane Distillery in Dublin closed permanently in 1976 with the full operation transferred to Cork. Pernod-Ricard acquired Irish Distillers in 1989.

Some of the John’s Lane Victorian buildings escaped demolition and became part of the National College of Art and Design, protected historical structures. Three of the distillery’s pot stills were saved and members of the Power family continued to work in the distillery until recent times.

In 2012, Powers John’s Lane Release was named the Irish Whiskey of the Year in the Whiskey Bible.

In 2015, Powers Signature Release won a Gold Medal at the Irish Whiskey Awards as an Irish Single Pot Still Whiskey.