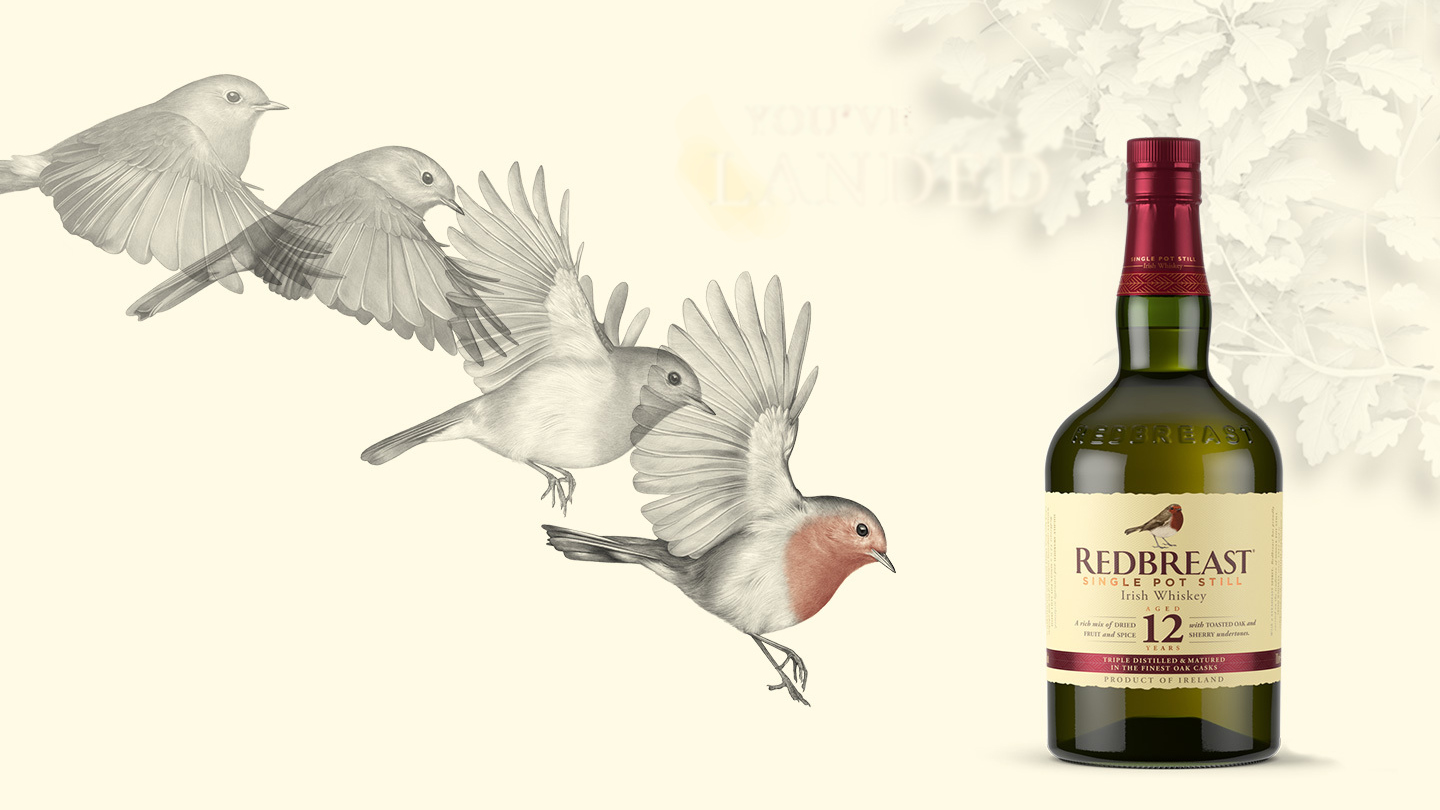 Redbreast 12 Year Old is the signature bottling from the Pernod Ricard-owned single pot still Irish Whiskey brand. Known as “the priest’s tipple,” it is the Irish Whiskey of those in the know and is considered one of the finest examples of the product on the planet.

Made from a mash of malted and unmalted barley and then triple distilled in copper pot stills, it is matured in a combination of Bourbon seasoned American Oak asks and Sherry Oloroso Sherry seasoned Spanish oak butts. Every Whisky that goes into the bottle is at least 12 years old.

The nose is complex with spicy and fruit aromas mixing with toasted wood notes. On the palate, the Whiskey is full flavored and smooth with spicy, fruity, sherry and toasted notes. The finish is long and lingers on the palate.

Redbreast 12 Year Old certainly deserves to be sipped and can be enjoyed neat or on the rocks, but that doesn’t mean you should hesitate to throw it in a cocktail. If you’re looking to mix it up, Pernod Ricard recommends The Priest’s Tipple cocktail:

To make the drink, add both ingredients to a mixing glass or Boston tin filled with rock ice. Now use the technique of throwing to mix and chill the drink. This gives the cocktail a great mouth feel. To serve, pour over a hand-cut rock of ice in a rocks glass. Garnish with a twist of orange.

Redbreast is produced by Irish Distillers, which was previously known as Gilbeys. W&A Gilbey was founded in London in 1857. In 1861, they opened a branch in Dublin and by the 1870s had over 300,000 gallons of whiskey from Dublin distilleries in stock under bond and sold whiskey to consumers under its own labels. By 1903, a whiskey known as John Jameson & Sons Castle “JJ Liqueur” Whiskey 12 Year Old–yep, that Jameson–was marketed in a similar looking bottle to those used for subsequent bottlings of Redbreast. In all likelihood, this was the forerunner to Redbreast. The name Redbreast, however, didn’t come about till 1912 and was a nickname to it by Gilbey’s chairman at the time. Today, it is the largest selling Single Pot Still Irish Whiskey in the world.

The distillery’s other offerings include a 12 Cask Strength, a 15 Year Old, a 21 Year Old, the Lustau Edition, and a 27 Year Old.