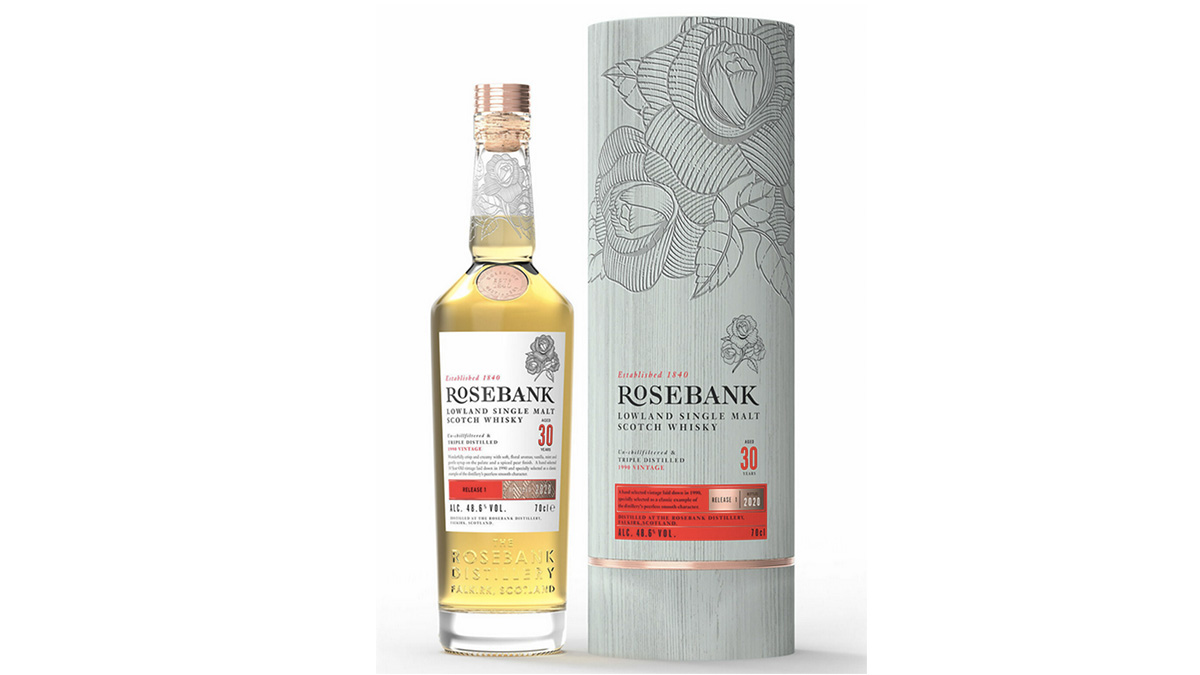 Rosebank has unveiled a 30 Year Old Whisky as the first expression in a new series of annual limited edition releases. The Lowland distillery’s new offering is its first under new owners Ian Macleod Distillers.

Rosebank 30 Year Old – Release One is a hand selected vintage from 1990, three years before the distillery was shuttered. Coming in at 48.6% ABV, it is triple distilled and non-chill-filtered.

“The first global release of Rosebank 30 Year Old is a truly iconic moment for the distillery,” said Robbie Hughes, group distillation manager for Ian Macleod Distillers. “It has matured in 62% refill Sherry butts and 38% refill Bourbon hogsheads for decades, patiently waiting to be awoken, and delivers layers of incredible flavour that you won’t find in other whiskies.”

On the nose, the Whisky offers aromas of caramel wafer, vanilla, and nutmeg. The palate is delicate and crisp, balancing gentle syrup, pear and pleasing oak spice. The finish lingers with candied violets, orange, and a hint of mint.

Founded in 1798, Roseland was mothballed in 1993. But in October 2017, Ian MacLeod Distillers purchased the site from Scottish Canals and the trademarks from Diageo as well as the last remaining stocks and set about plans to restore the shuttered distillery. The restoration of the site in Falkirk, Scotland began in November 2019, and includes the construction of a 1,000-square-meter, energy-efficient distillery, a visitor centre, tasting room, shop. and warehouse.

Rosebank 30 Year Old – Release One is first in a line of limited edition expressions that will be release each year until the first new Rosebank Whisky from the distillery is ready.