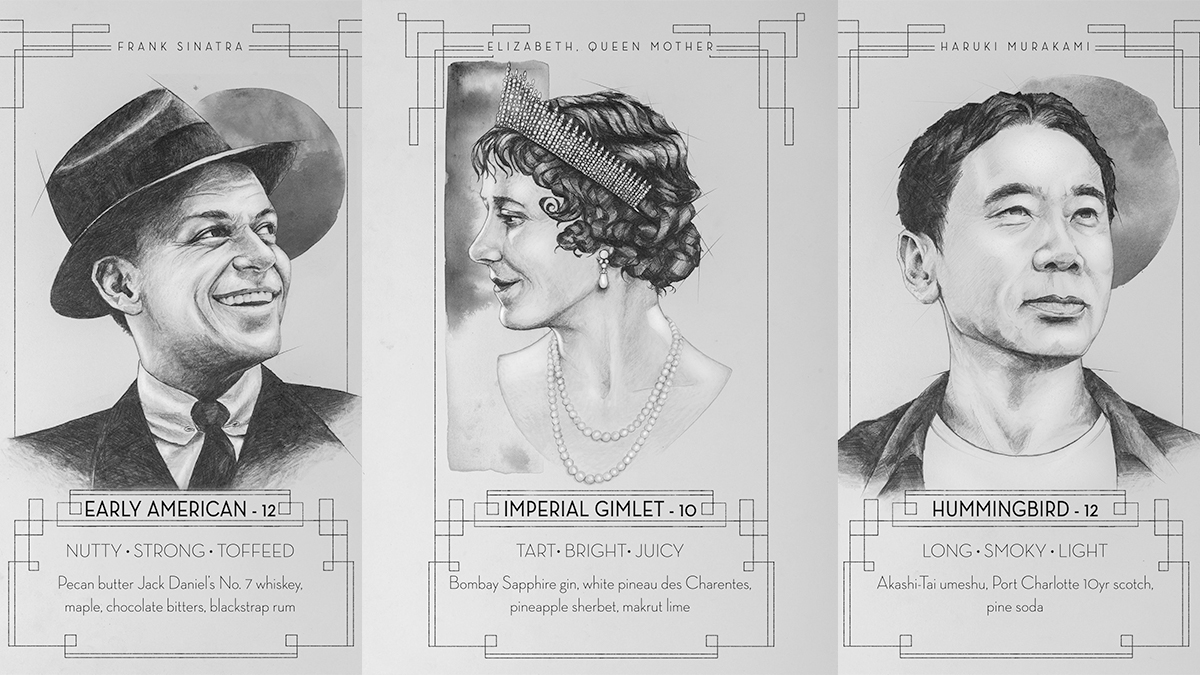 Famous faces that guests will encounter on the Swift Legends menu include drinks industry icons such as Dick Bradsell and his daughter Bea, through to historic figures like Van Gogh and Hemingway, up to present day celebrities including Snoop Dogg and Sir Ian McKellen.

The award-winning team has carefully curated a menu of 19 elegant cocktails which have been beautifully illustrated by artist Dan Collins. Dan is a renowned illustrator for the hospitality industry and for the Legends menu has drawn portraits of each of the famous faces and their respective inspired cocktails. At the back of the menu guests will find short biographies for each of the famous faces and the backstory to their drink.

The menu comprises light spritzes to stirred-down drinks. Highlights include; Nightingale which is inspired by the Burlesque star, Dita Von Teese, whose favorite drink is the margarita. The cocktail is a twist on the classic, and is made using Tequila, dry vermouth, bitter almond flavored Grappa, and orange bitters.

British sitcom Absolutely Fabulous comedians Jennifer Saunders and Joanna Lumley inspired the bar’s cocktail, Only In LA. The fashionable and funny duo was known to drink ‘Stoli Boli’ on the show, which is essentially champagne spiked with vodka. This led the Swift team to create a more elegant take on the cocktail using vodka, sweet vermouth, blackberry, prosecco and bitters.

For more information, head over to Swift’s official website.