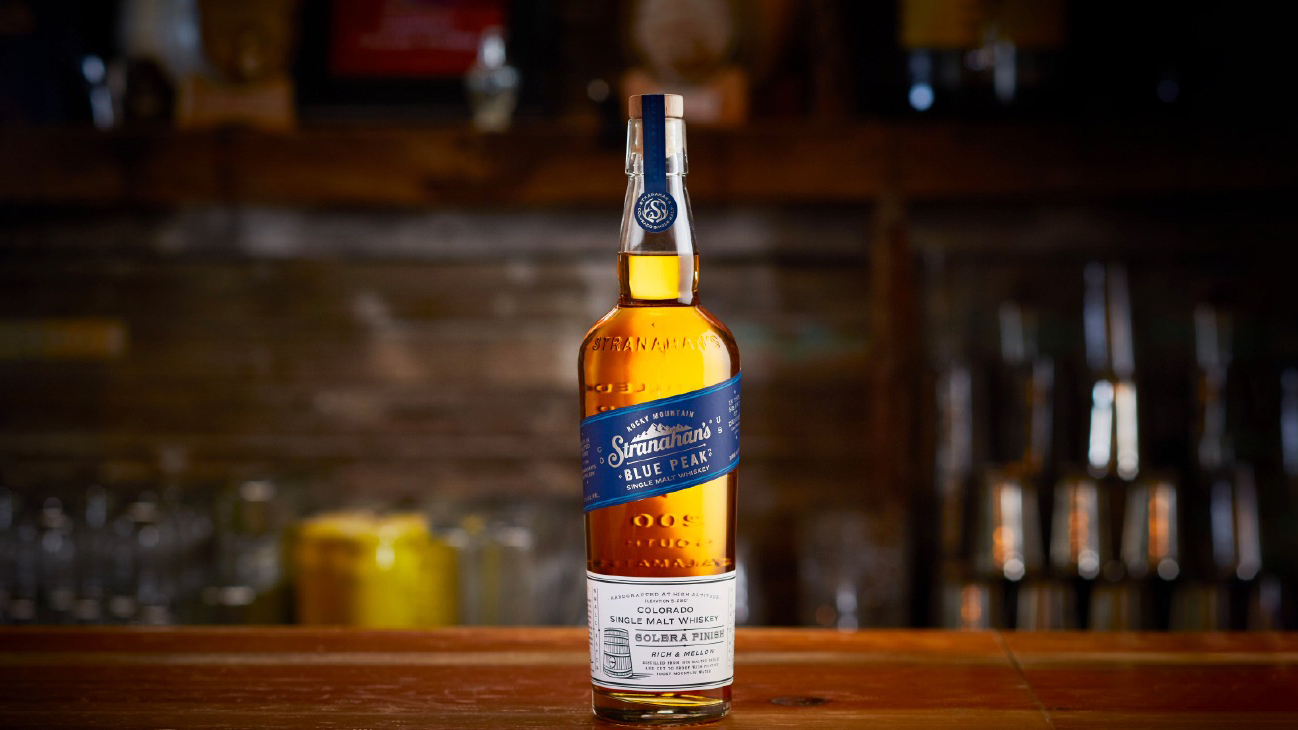 Stranahan’s has added Blue Peak Whiskey to its core range. The new expression is named for a 13-thousand-foot peak in Aspen and inspired by the alpine scenery of the Rocky Mountains.

Stranahan’s Blue Peak Whiskey was first matured for four years in 53 gallon, new American oak barrels with a #3 char. It was then finished through the Solera process, a technique most commonly seen in Sherry making. “As part of the Solera process, the mature liquid is transferred into a new American oak vessel, known as a foeder for several months,” explained the brand. “Once fully married in the foeder, a portion of the mature whiskey is taken to be cut to proof with pristine Rocky Mountain water and chill filtered.

“Meanwhile, newly harvested single malt whiskey is added to the remnants to marry.  Since the foeder is never fully emptied, the Solera process allows for continuous marriage, maturation, and flavor development in the whiskey it holds.”

The resulting Whiskey features aromas of dried apricot, nutmeg, cinnamon toast, hints of leather, and light tobacco. On the palate, flavors of creamy butterscotch, brown sugar and baked apples blends with notes of cayenne and toasted oak. The finish is described as rich and mellow with earthy malt gently fading into linterging spices.

Coming in at 43% ABV, Stranahan’s Blue Peak Whiskey is set to hit shelves nationwide and will be priced at $43 per 750 ml bottle and can be purchased on ReserveBar.

It has been busy month for Stranahan’s, as the unveiling of Blue Peak follows the introduction of the Colorado brand’s oldest, rarest release, the Mountain Angel 10 Year Old. That Whiskey is comprised of 100% Rocky Mountain barley and Colorado spring water, made in small batches before aging for 10 years in new American oak barrels with a #3 char. It has already won a Double Gold medal at the San Francisco World Spirits Competition.