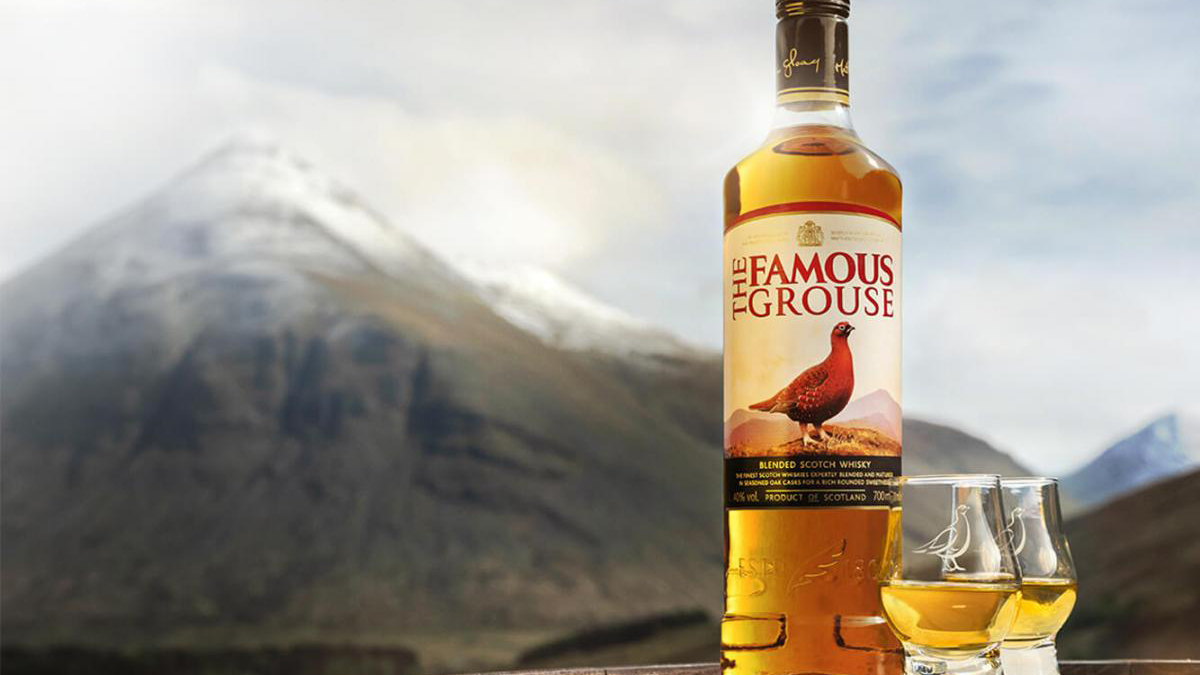 For over four decades, The Famous Grouse has been Scotland’s number one selling Whisky. It’s the entry level spirit for the brand and it’s Red Grouse, which happens to be Scotland’s national game bird, emblem is immediately identifiable and it continues to impress locals and distant Whisky lovers year after year.

It’s known for the high quality of Whiskies that go into its blend, which include Highland Park and The Macallan, which are also owned by Famous Grouse’s parent company, The Edrington Group. There is no age statement on the bottle.

An amber gold in the glass, the mild bouquet possesses notes or citrus, apple, and other orchard fruits. The palate features vanilla and baked apple with hints of cinnamon and smoke. The finish is smooth and well balanced with just a touch of fire.

The Famous Grouse can be enjoyed neat or on the rocks, but is also a great addition to a simple mixed drink such as a Whisky Ginger or a Whisky Coke.

Founded in 1896 by Matthew Gloag, a grocer and wine merchant in Perth, Scotland, the brand was originally known as The Grouse. It wasn’t until 1905 that the Grouse was renamed The Famous Grouse. Matthew’s daughter designed the original label and the company remained in the hands of the family until 1970, when the brand was sold to Highland Distillers. In 1980, it became Scotland’s best selling Whisky and it began to be exported overseas. Today, it is owned by the Edrington Group. Its main competitors in its home market are Bell’s, Teacher’s and Grant’s.