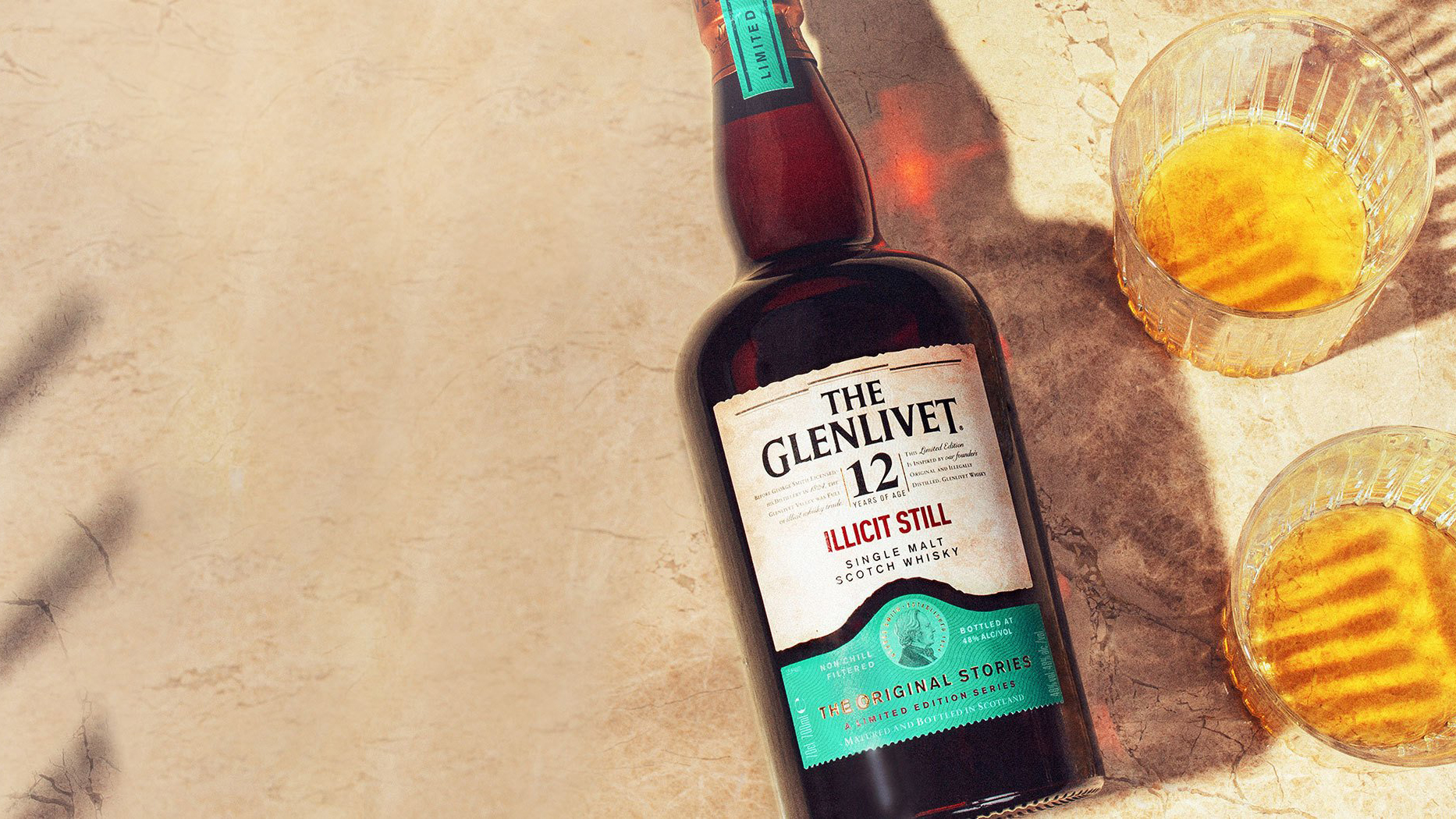 The Glenlivet has launched its 12 Year Old Illicit Still Whisky. The new offering from the Speyside distillery is the first in a series of limited-edition Whiskies known as “The Original Stories” range, which celebrates “the brand’s passion and originality.”

The design for The Glenlivet 12 Year Old Illicit Still is inspired by the oldest bottle in the brand’s archives, and features copper highlights that represent the hand-crafted stills used to illicitly produce the whisky in the 1800s. It is non-chill filtered and has a higher than average alcohol content of 48% ABV, inspired by the traditional methods of the time.

The Glenlivet’s iconic fruity and floral style is also intensified in the new limited-edition Scotch that is characterised by tropical and sweet notes, while also possessing an exceptionally long and smooth finish.

“The Glenlivet has always been about moving things forward and setting new standards,and we’re confident the launch of The Glenlivet 12 Year Old Illicit Still limited-edition will inspire whisky enthusiasts with its modern interpretation ofGeorge Smith’s visionary spirit,” commented Ian Peart, Pernod Ricard UK Commercial Director. “The Glenlivet has grown +55.8% in value over the latest 12 weeks, and eCommerce has seen accelerated growth this year, with the Total Whisky category experiencing +81.1% value growth over the last 12 weeks on Amazon. With research showing that online and direct delivery to recipients will be important for alcohol gifting this Christmas, The Glenlivet 12 Year Old Illicit Stills is perfectly primed to tap into this consumer trend.”

The Glenlivet Original Stories range draws inspiration from The Glenlivet’s illicit past as well as from its founder George Smith, who began illegally distilling Whisky in the 1800s. Each year, a new 12 Year Old Illicit Still will be released. Each offering from the limited-edition series will offer a different tasting experience and come in uniquely designed packaging that brings to life the story behind each expression.