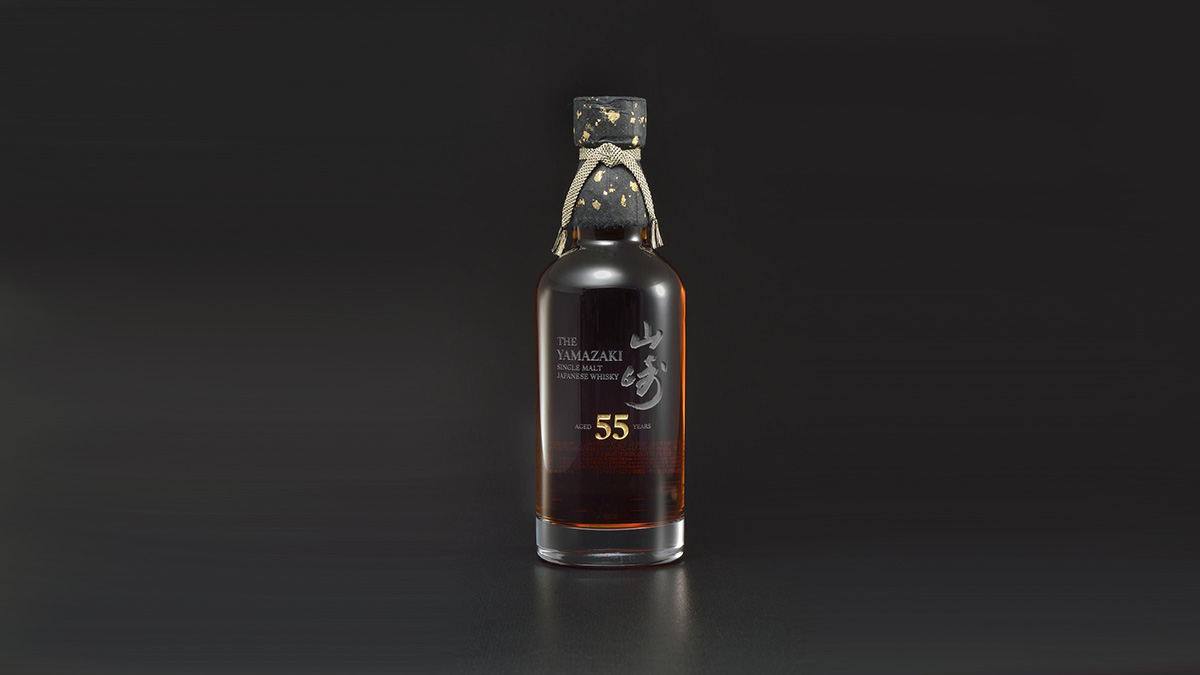 Will the Yamazaki 55-Year-Old match the auction rates of its younger sibling, the Yamazaki 50-Year-Old Whisky? That’s the question over at Bonhams Hong Kong, where the 55-year-old spirit is set to go up for bidding on August 21, 2020.

The Yamazaki 50-Year-Old Whisky is known as the most expensive Japanese Whisky around. It has set multiple auction records, with first editions going for hundreds of thousands of dollars.

The five years longer-matured, 55-year-old single malt Whisky was just released in June of this year and only 100 bottles were produced. One of those is coming to the stage at Bonhams Hong Kong next month and current estimates are guessing it will go for between $74,833 – 100,638.

This is the first appearance for the Yamazaki 55-Year-Old auction and it should act as somewhat of an indicator for a variety of Whisky bottles across the market.

Matured in both Japanese Mizunara oak cask from 1960 and white oak cask from 1964, the year of the previous Tokyo Olympics and Paralympics, the Whisky is distilled at 46% ABV. It has a deep reddish amber color with a complex agarwood and sandalwood nose, rich in fruity scents with a sweet aftertaste.

Yamazaki is certainly the stuff of legends. It was the first commercial Japanese Whisky distillery, built in 1923 and located in Yamazaki, an area on the southwestern side of Kyoto. The Katsura River, Uji River, and Kizugara River flow nearby providing an optimum condition for Whisky maturation.

The new 55-Year-Old Yamazaki, features a bottle whose mouth is wrapped in handmade Echizen Washi and tied with a traditional Kyoto braided cord. It is housed in a black Mizunara oak box with Suruga lacquer. The buyer’s name is also marked at the base of the bottle and the number ‘55’ is gold-dusted onto it.

Suntory priced the Yamazaki 55-Year-Old at $31,342 and also announced that in order to be considered for purchase, you’d have to be a Japanese resident and participate in a lottery held in February.

This is the first chance for those who missed out in the lottery to get their hands on the extremely rare expression.