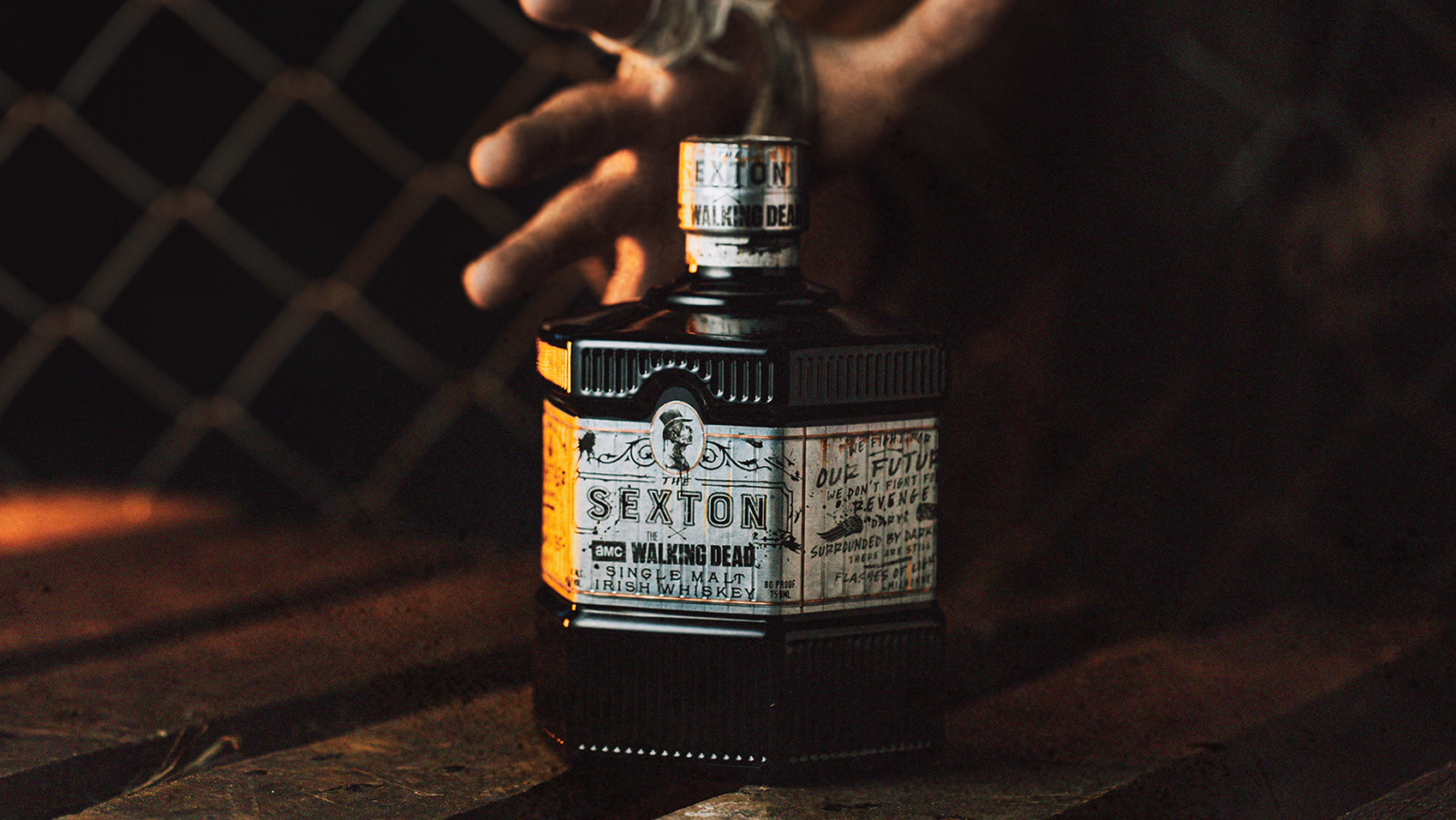 In collaboration with AMC Networks and The Walking Dead, The Sexton Single Malt has unveiled a co-branded bottle to commemorate the final season. To introduce the new release, the brand has teamed up with cast member Ross Marquand.

The release depicts notions of The Walking Dead across The Sexton’s black hexagonal bottle. Featuring a decaying silver label and a walker’s head in the place of the brand’s trademark skeleton logo, the packaging melds the post-apocalyptic show with the bottle’s most distinctive qualities. Quotes from cast members Daryl, Herschel, Rick and Michonne adorn the bottle, describing the harsh realities of existence experienced by characters throughout the series, an ironic reminder of The Sexton’s mantra – celebrate life.

Ross Marquand, whose character, ‘Aaron’, has starred in the show since 2015, will serve as an ambassador for the Official Whiskey of limited-edition bottle with fans of the show.

“After visiting the Emerald Isle several years ago, I developed a deep appreciation for the country and special whiskey, like The Sexton Single Malt, that’s made there,” said Marquand. “As a long-standing cast member of this powerful franchise, I’m so excited to unite two personal passions of mine and introduce our loyal following to The Official Whiskey of The Walking Dead.”
The Sexton The Walking Dead release will be available for purchase in limited quantities at wine and spirits retailers across the country starting at the end of February for $29.99. Those interested can pre-order the offering starting today on ReserveBar.

In November 2020, The Sexton Single Malt Irish Whiskey teamed up with Irish comedian Michael Legge to launch a new podcast series, Bedtime Stories for the Nocturnal.