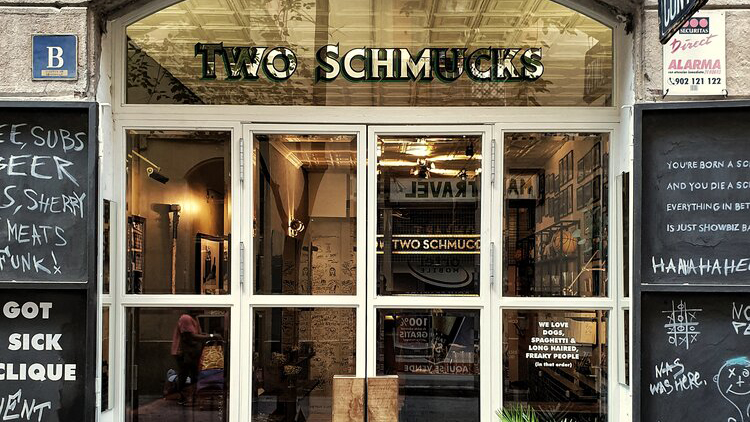 The team behind iconic Barcelona cocktail bar Two Schmucks and restaurant Fat Schmuck have announced the launch of a third site, a dive bar and karaoke room called Lucky Schmuck.

The venue will be located on the same street as the group’s other two sites in Barcelona’s El Raval neighborhood and will be overseen by the Schmuck or Die group’s founder, Moe Aljaff, alongside creative directors Juliette Larrouy and Pom Modeste.

“When we were given the opportunity to open Lucky Schmuck, we wanted to create a bar that would allow us to really amp up our five-star dive bar approach and complement our other sites to provide a fun destination for our guests to enjoy until late night,” said Aljaff. “We see Lucky Schmuck as the most ‘dive bar’ out of the sites which have allowed us to really play with the aesthetics and keep the menus as simple as possible.”

The drinks offering will feature a list of five cocktails alongside a Frozen Irish Coffee and a curated selection of craft beers, whiskies, rums, mezcals and other spirits. The food menu, meanwhile, has been inspired by classic American staples, and visitors can expect things like deep fried burritos and hotdogs.

For more information, head over to the company’s official website.

If you’re looking for other spots to grab some laidback food and drink in Barcelona, check out two of our favorite sandwich and drink stops. If you find yourself in El Born, these eight bars will make sure you enjoy your night.