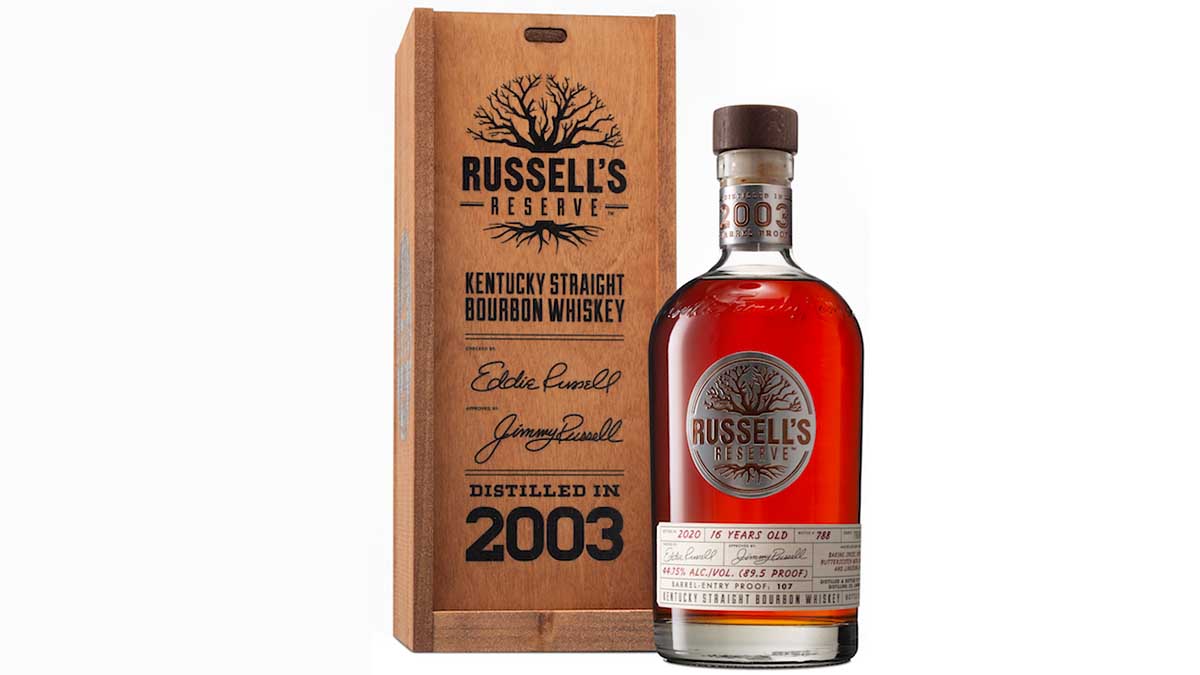 Aged for a minimum of 16 years inside the distillery’s Tyrone warehouses,  Russell’s Reserve 2003 marks the very last of Russell’s Reserve 107-barrel-entry-proof whiskey.Reminiscent of Wild Turkey releases from the mid-1980s to early 1990s, Eddie had a “Eureka!” moment after tasting these one-of-a-kind barrels bursting with sweet baking spices, juicy stone fruits, and butterscotch flavors.

“Experiencing for the first time what would become our 2003 expression was one of those unforgettable moments of pure inspiration,” said Eddie. “It’s one of our most complex bourbons, aged longer than most of our spirits, and speaks to what Russell’s Reserve is about—honoring our heritage.”

Dark amber in color and bottled at barrel strength 89.5 proof, Russell’s Reserve 2003 Bourbon offers aromas of charred and seasoned oak. The palate reveals bright spice with layers of confectioner’s sugar, burnt caramel, and buttery vanilla and leather. A smoky and smooth finish has lingering oak and sweet notes of caramel and vanilla.

Approximately 3,600 bottles of Russell’s Reserve 2003 Bourbon will be available in the United States with select retailers for the price of $250 per bottle.

Wild Turkey Rare Breed Rye is a blend of four-, six-, and eight-year old non-chill filtered Rye Whiskeys that is bottled directly from the barrels without adding a single drop of water to cut the proof. Now, the rare rye bird is joining the team permanently.