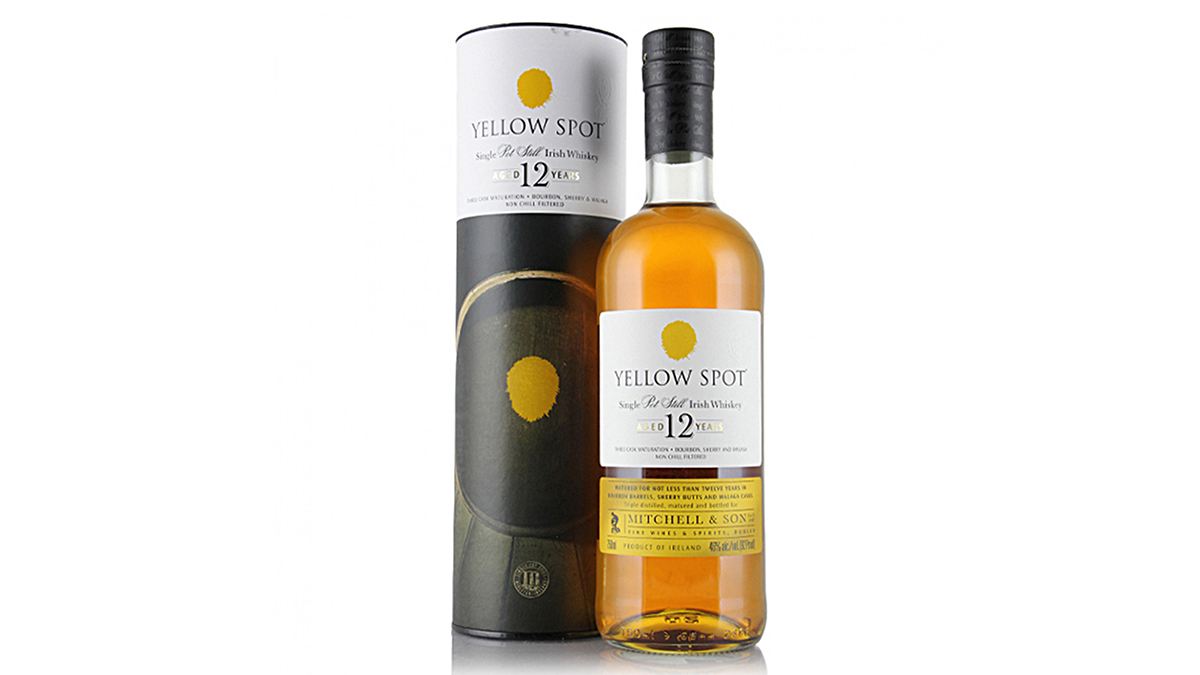 To create Yellow Spot 12 Year Old Single Pot Still Irish Whiskey, the finest Irish barley–some malted and some unmalted–is combined and milled to a fine grist. It is then mixed with Irish spring water. After fermentation, it is triple distilled in traditional copper pot stills to produce the Whiskey followed by aging in American ex-bourbon, Spanish ex-Sherry, or Spanish ex-Malaga wine casks. Yellow Spot is matured for a minimum of 12 years.

On the nose, Yellow Spot aroma contains aromas of mown hay, clove, and green tea as well as sweet honey and peaches from the Malaga casks. Red apple, toasted oak, and coffee flavors combine on the palate along with more sweet honey and creamy milk chocolate. Red grape flavor also lingers as a result of the cask finish. Yellow Spot is best enjoyed on the rocks or neat.

The Whiskey is currently on for $134.99 and can be purchased via Drizly.

In the 1800s, Mitchell & Son was a Grafton Street institution for sweets and cakes in the heart of Dublin. They were known as the “Confectioner to Her Majesty. In 1887, the Mitchell Family began producing pot still Whiskey in addition to their baked goods. With their own recipe for processing and aging, they bought stores of Whiskey and matured it in casks under the streets of Dublin in their network of underground cellars. When their fortified wine casks were filled exclusively with Jameson spirit from the old Bow St. Distillery, they were marked with a ‘spot’ of paint which identified how long the barrels would be matured for. Blue for 7 years, Green for 10 years, Yellow for 12 years and Red for 15 years—hence the name Spot Whiskey.

Production was greatly affected by the onslaught of Prohibition and World War II with bottling ceasing in the 1950s. Irish Distillers stepped in to revive Ireland’s Whiskey industry, helping wine merchant Mitchell & Son survive as the last of the Whiskey bonders. Yellow Spot 12 year old Single Pot Still Irish Whiskey, produced exclusively for Mitchell & Son Wine Merchants, Dublin, where the brand originated, was re-released in the UK in May of 2010 and in the US in February 2015. It is made at the Midleton Distillery in County Cork. In November 2021, the brand rereleased Blue Spot Single Pot Still Irish Whiskey.

Other offerings from Spot Whiskeys: