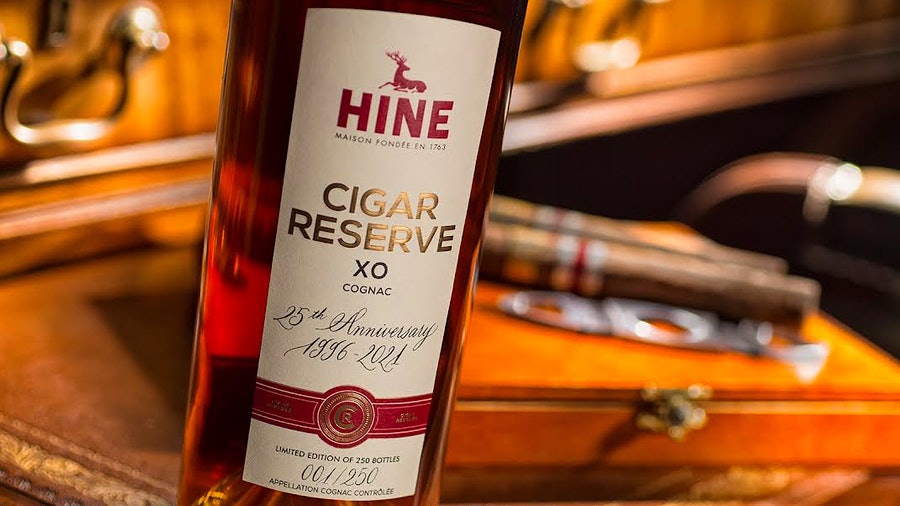 Created by Hine’s cellar master Eric Forget, this expression combines Hine Reserve Cognac with the 1986 Grand Champagne vintage Cognac. It has been released by Hunter and Frankau in a limited run of 250 bottles, each filled and numbered by hand at Hine House in Jarnac.

Hine says the 1986 vintage was chosen not just to commemorate the year that Hine and Freeman met, but because of the fine tobacco, oak, sweet spice and white peach notes it lends to the final blend.

“Although we don’t recommend any specific Havana to pair with it, personally I have found the new Romeo y Julieta Línea de Oro Hidalgos to be a fine match,” says Jimmy McGhee, head of communications for Hunters & Frankau.

For more information, head over to Hine’s official website.

Last December, the House of Hine announced the US release of Hine Cigar Reserve XO would be released in the US for the first time.