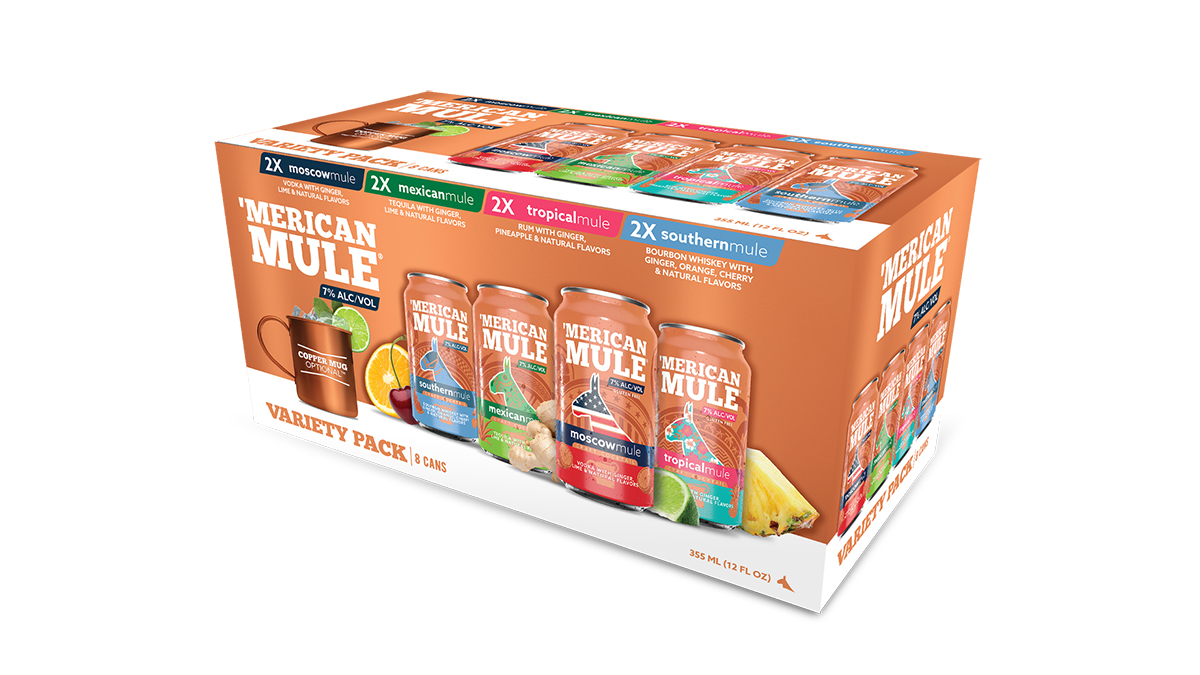 ‘Merican Mule was founded in 2017 by Dean Mahoney, Pete Weil and Steve Pawlik, who cashed out on everything they owned and took a chance on creating their ‘Merican Dream from scratch. After nearly seven months of research and 70 iterations later, the founder trio crafted the perfect canned Moscow Style Mule recipe, and Merican Mule was born. We caught up with Dean Mahoney earlier this year to discuss how the brand is taking canned cocktails to new heights.

‘Merican Mule and the new variety packs are available for purchase in 12 states (Connecticut, Massachusetts, Rhode Island, New Hampshire, New York, Maine Maryland, Michigan, Tennessee, Georgia, Kentucky, South Carolina) and can also be purchased online through Drizly.com and on the company’s official website. The variety pack is currently available for purchase in an eight-can pack for $25.

In December, ‘Merican Mule launched a new seasonal can, the Fire Mule. The new canned cocktail from the Connecticut-based brand is made with Bourbon whiskey, proprietary ginger beer, and all-natural cinnamon.

In November it was announced that the founders of Blue Buffalo and SoBe Beverages, the Bishop Family, had made a major investment in ‘Merican Mule. “While there are many Ready To Drink cocktail products on the market, we were eager to invest in ‘Merican Mule given the brand’s distinct positioning and outperformance of the canned cocktail category’s rapid growth, which per Neilsen has increased over 90% compared to 2019,” said Billy Bishop, a Partner in the Bishop family’s Seminole Investment Management group.