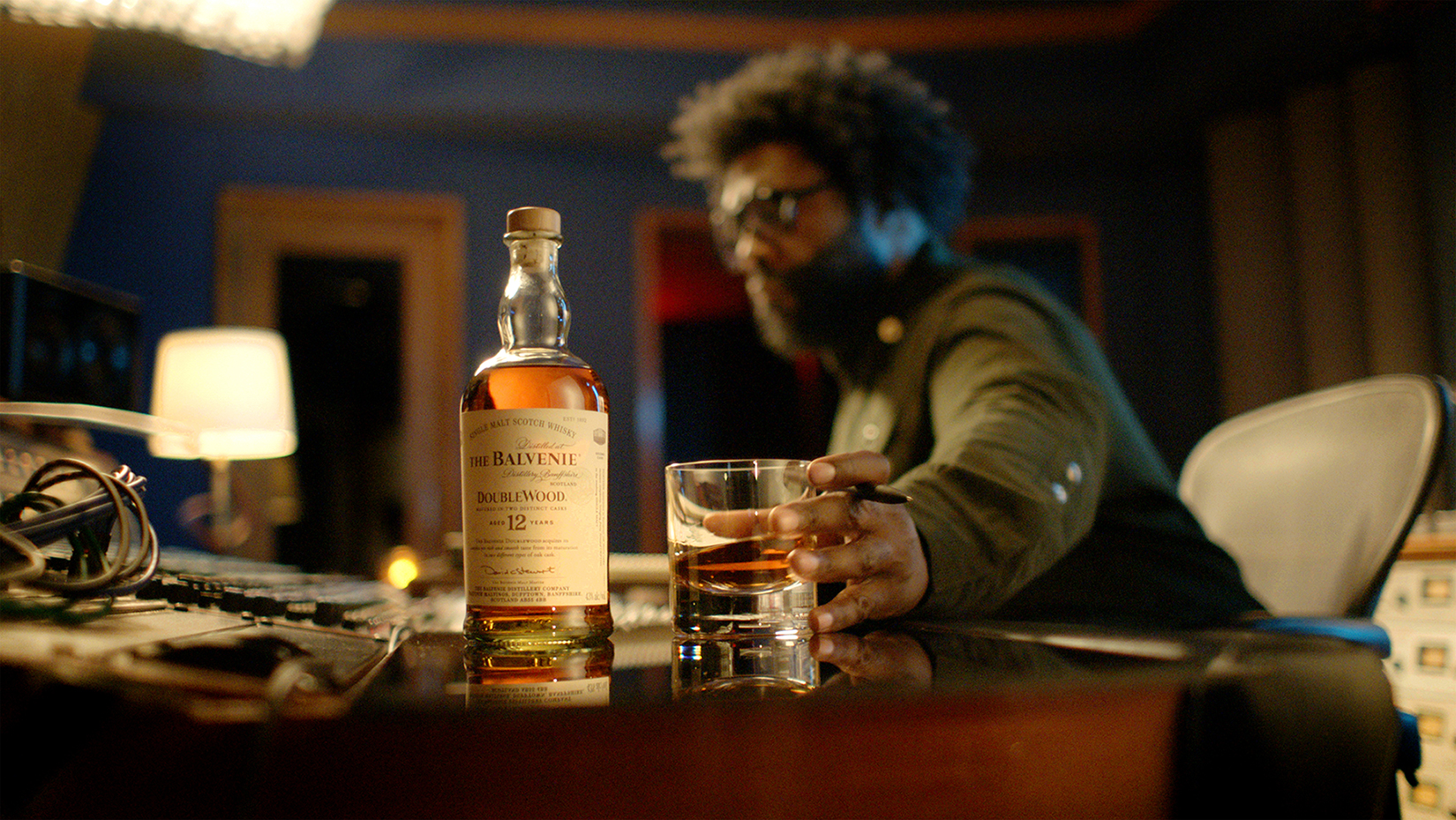 On October 28, The Balvenie will unveil Quest for Craft: Season One, a new digital series exploring the convergence of craft and creativity, hosted by Questlove. The show explores modern creativity between the lines through compelling creators that pour their hearts into what they do.

Quest for Craft is the hallmark collaboration of a multi-year partnership between The Balvenie and Questlove and an extension of The Balvenie’s global campaign The Makers Project, in which the brand brings to life not just the skill but the heart of makers around the world via content series, exhibits, auctions, and experiential events.

“I share a synergistic passion with The Balvenie on the importance of inspiration, passion and dedication to creativity and the making process. Our partnership is founded on an exploration into creative minds that invest their time, focus, and soul and into creating something singular and distinctive,” said Questlove. “Quest for Craft is about the pursuit of ultimate craftsmanship. In each episode, I dive deep into conversation with creatives who I have admired for their unique perspective, process, and productivity.”

In its opening season, Quest for Craft ventures to take the viewer on an expedition of discovery into ultimate craftsmanship by analyzing creativity in the realm of chaos, practice, community and time with the guests:

As Quest for Craft unpacks new creative realms through each episode, The Balvenie and Questlove are supporting emerging creative pursuits with an opportunity for an aspiring maker to begin their own quest through a pioneering scholarship program with the University of the Arts, Philadelphia. The scholarship program will give one aspiring creative mind, from anywhere in the United States, the opportunity to undertake the university’s ‘first-of-its-kind’ PhD in Creativity.

“The PhD in Creativity program was created to remove the constraints that many higher education programs have, and allow students to fully embrace new ideas and innovation in ways they may not normally have in other fields,” said Dr. Jonathan Fineberg, PhD in Creativity Program Director. “Questlove and The Balvenie share the PhD program’s core ethos that reimagines how we think about craft, in its many forms, and we’re thrilled to be giving a student an opportunity to explore their own creative journey with this scholarship.”

The Balvenie Fellow in the PhD in Creativity will be fully-funded in the three-year program that begins in June of 2022. Apart from the intensive two week summer immersion and a return visit for a long weekend in the winter of the first year, all course work will be completed via remote learning. The winning candidate will be selected by Questlove, in partnership with The Balvenie and the University of the Arts. The scholarship program is open to anyone over the age of 21 from now through November 15th, 2021.

Quest for Craft and The University of the Arts scholarship program marks an exciting commencement of a long-term mission for The Balvenie and Questlove to expand and showcase the convergence of craft and creativity. The first four episodes of Quest for Craft will be released throughout the fall, starting on October 28. To be notified about the launch of the series, subscribe to The Balvenie YouTube.

“The Balvenie is unique in our craft as one of the last distilleries in Scotland committed to old-school yet innovative methods, and it’s the human characteristics and intrinsic values that drive our craftspeople every day to create the most exceptional Scotch whisky. It’s what drove Malt Master David Stewart to first create the craft of cask finishing, and it’s this commitment to tradition that is the true driving force behind the innovation, creativity and consistency of craft that continues to come from our distillery.” said Greg Levine, Brand Director, The Balvenie USA. “The union between The Balvenie and Questlove is founded upon this shared passion of the creative process – be that in whisky, music, food, literature or other fields. Alongside Questlove, we intend to use our platform to champion what it means to be committed to the never-ending pursuit of craft.”